skip to main | skip to sidebar

Summary: When ski patroller Vanessa Bell discovers human bones high on Mount Stillwell at Charlotte Pass ski resort, Detective Sergeant Pierce Ryder of the Sydney Homicide Squad is called in to lead the investigative team.
Arriving in the isolated, snowed-in village with Winterfest celebrations underway, Ryder soon determines that the bones are those of Celia Delaney, a young woman who disappeared from the ski resort in 1964 during the biggest winter storm in Australian alpine history.
When a second murder takes place, Ryder suspects that the deaths are related, and that the person responsible is still in the village. Amid the escalating tension, Ryder is desperate to make an arrest before the stakes rise even higher.


What I Thought: Brilliant - so loved this. New author! Looking forward to the next in the series at some point. 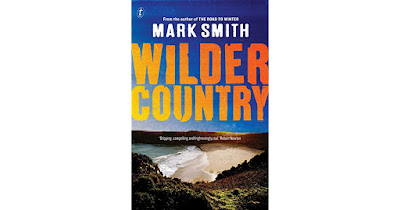 Summary: Finn, Kas and Willow have survived the winter of storms. Severe winds and cold have kept the Wilders at bay. Now that spring has come, everything has changed. They're being hunted again, and they won't be safe while Ramage wants their blood.  But Finn and Kas made a promise to Rose - to find her baby and bring her back. And finding Hope means finding Ramage. 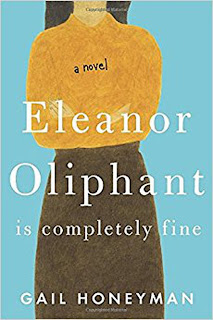 Summary: Meet Eleanor Oliphant: she struggles with appropriate social skills and tends to say exactly what she’s thinking. Nothing is missing in her carefully timetabled life of avoiding unnecessary human contact, where weekends are punctuated by frozen pizza, vodka, and phone chats with Mummy.

But everything changes when Eleanor meets Raymond, the bumbling and deeply unhygienic IT guy from her office. When she and Raymond together save Sammy, an elderly gentleman who has fallen, the three rescue one another from the lives of isolation that they had been living.


What I Thought: Absolutely brilliant - listened to the audiobook version and it was just wonderful. Really enjoyed this book.

Book: The Road to Winter

Summary: Since a deadly virus and the violence that followed killed his parents and wiped out most of his community, Finn has lived alone on the rugged coast with only his loyal dog Rowdy for company.

He has stayed alive for two winters - hunting and fishing and trading food, and keeping out of sight of the Wilders, an armed and dangerous gang that controls the north, led by a ruthless man named Ramage. But Finn's isolation is shattered when a girl runs onto the beach. Rose is a Siley - an asylum seeker - and she has escaped from Ramage, who had enslaved her and her younger sister, Kas.

Rose is desperate, sick, and needs Finn's help. Kas is still missing somewhere out in the bush. And Ramage wants the girls back - at any cost.


What I Thought: Great read - along the same vein of John Marsden's Tomorrow series. Looking forward to book 2. 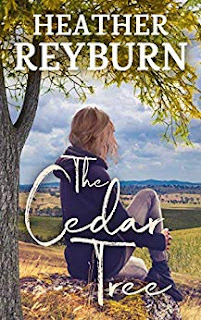 Summary: Grace Campbell agrees to do just that, buoyed by the belief that isolation and rural peace will repair her marriage and provide a good life for her growing family.

But, as the ramshackle old homestead, shaded by an ancient Cedar Tree, unravels it’s secrets, Grace is swept up in the harsh beauty of the outback and it’s colourful characters. As if adjusting to a new and isolated lifestyle isn’t enough, the handsome new owner of Tullagulla shows up and Grace is thrown into turmoil.

Torn between the gentle stranger and her hot-headed husband, Grace is forced to confront her feelings and question her loyalties, while her love for Tullagulla further challenges her ability to make a life changing decision.

When tragedy strikes, will a century old ghost help her or destroy her?


What I Thought: A new author! Loved this and looking forward to book 2.

Summary: A terrorist doesn't let strangers in her flat because they might be undercover police or intelligence agents, but her children bring their mates home and they run all over the place. The terrorist doesn't know that one of these kids has bugged every room in her house, made copies of all her computer files and stolen her address book. The kid works for CHERUB.

CHERUB agents are aged between ten and seventeen. They live in the real world, slipping under adult radar and getting information that sends criminals and terrorists to jail.

For official purposes, these children do not exist.

What I Thought: Oh a new teen spy series. Can't get enough of these. This was good. Think I need to read more to get into it though.

Summary: Five women reluctantly pick up their backpacks and start walking along the muddy track. Only four come out the other side.
The hike through the rugged Giralang Ranges is meant to take the office colleagues out of their air-conditioned comfort zone and teach resilience and team building. At least that is what the corporate retreat website advertises.
Federal Police Agent Aaron Falk has a particularly keen interest in the whereabouts of the missing bushwalker. Alice Russell is the whistleblower in his latest case - and Alice knew secrets. About the company she worked for and the people she worked with.
Far from the hike encouraging teamwork, the women tell Falk a tale of suspicion, violence and disintegrating trust. And as he delves into the disappearance, it seems some dangers may run far deeper than anyone knew.


What I Thought: Great read - loved the storyline and it certainly kept me guessing! 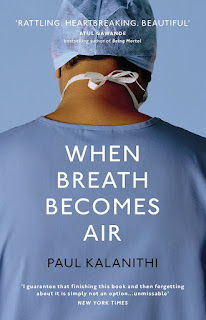 Summary: At the age of thirty-six, on the verge of completing a decade’s worth of training as a neurosurgeon, Paul Kalanithi was diagnosed with stage IV lung cancer. One day he was a doctor treating the dying, and the next he was a patient struggling to live. And just like that, the future he and his wife had imagined evaporated. When Breath Becomes Air chronicles Kalanithi’s transformation from a naïve medical student “possessed,” as he wrote, “by the question of what, given that all organisms die, makes a virtuous and meaningful life” into a neurosurgeon at Stanford working in the brain, the most critical place for human identity, and finally into a patient and new father confronting his own mortality.

What makes life worth living in the face of death? What do you do when the future, no longer a ladder toward your goals in life, flattens out into a perpetual present? What does it mean to have a child, to nurture a new life as another fades away? These are some of the questions Kalanithi wrestles with in this profoundly moving, exquisitely observed memoir.


What I Thought: It was ok. Some amazing parts and some not so amazing parts. Feels horrible to say that as the poor man has passed away but it just lacked something for me... Tragic though.

Summary: When twenty-five year old journalist, Zara Ellison receives her mother’s ominous text message, ‘Call me when you can’, Zara knows it’s not good news. Her brother is seriously unwell on their family farm 400 kilometres away and Lynda Ellison needs Zara’s help at home.
Two weeks later, Zara has left her much-loved city life and is unpacking boxes in her new, rather empty house in Barker. She’d been right in the thick of reporting on an explosive court case in Melbourne. Animal welfare activists had stormed a farm determined to do damage, but it had all gone wrong and one man had lost his life. The case threatened to divide city and country. And there’d been one mysterious man present who, over the five days of the trial, had come to Zara’s curious notice. He seemed to have no reason to be there, no one knew him, nor could she find out anything about him.
With her job on the Farming Telegraph, and an introduction to Detective Dave Burrows, his friendly wife Kim and Dave’s second-in-charge, Senior Constable Jack Higgins, Zara’s stint in the country isn’t as quiet as she’d feared. If only there was a miracle cure for her brother.
After more terrible farming accidents and reports of unidentified drones flying over farmlands, Zara is shocked by a chance sighting of that mystery man from the courtroom and by witnessing Jack Higgins in a role she’d never have believed. What is the significance of the mystery man and what is Jack playing at?


What I Thought: Really enjoyed this one.

Book: The Debt - Take a Life

Summary: Dom's almost there. It's the sixth instalment and the end is in sight, but he's about to face the biggest hurdle. The Debt wants proof. Proof that Dom has the mettle to become one of them. Proof he can kill. Dom is desperate to be rid of this debt but at what cost? Could he put a friend out of their misery? Or defend himself to the bitter end? And if he does flush out who is behind this monstrous organisation, is he ready for the truth? This time it is not just a life at stake, it's humanity. Dom's humanity. And if Dom crosses the line, is there any coming back?


What I Thought: What a fantastic series. Really enjoyed it. I would've loved an epilogue though as now I'm guessing what happened.

Summary: After getting a note demanding his presence, Federal Agent Aaron Falk arrives in his hometown for the first time in decades to attend the funeral of his best friend, Luke. Twenty years ago when Falk was accused of murder, Luke was his alibi. Falk and his father fled under a cloud of suspicion, saved from prosecution only because of Luke's steadfast claim that the boys had been together at the time of the crime. But now more than one person knows they didn't tell the truth back then, and Luke is dead.
Amid the worst drought in a century, Falk and the local detective question what really happened to Luke. As Falk reluctantly investigates to see if there's more to Luke's death than there seems to be, long-buried mysteries resurface, as do the lies that have haunted them. And Falk will find that small towns have always hidden big secrets.


What I Thought: Brilliant - just loved it! Didn't pick it! Ha ha

Summary: When Hadley Callahan returns to Stringybark Creek without her husband, Mitch Samuals, she plans to tell her parents one major piece of news while determinedly hiding another even more explosive secret.

For Oliver Dawson, the Callahans' neighbour, Hadley's celebrity wedding two years ago had killed any hopes he'd nurtured that one day they might end up together.

With Mitch putting pressure on Hadley and the secret she's keeping causing her great anguish, Hadley's developing feelings for Ollie take her by surprise. But with her life thrown into so much chaos at the moment, what future could they possibly have together?


What I Thought: Great (but sad) topic to explore. Really enjoyed this conclusion.

Gemma
I live with my wonderful husband, gorgeous 2 little boys and awesome dogs on small acerage on the outskirts of Ballarat in regional Victoria.